A film by BAUDDHAYAN MUKHERJI 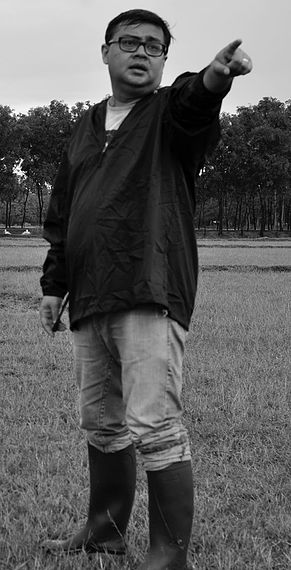 “Teenkahon started in the summer of 2011 in the sleepy town of Candy in Sri Lanka. We were holidaying. And I was engrossed in this collection of Bengali short stories edited by Sunil Gangopadhyay. One story that blew my mind was Swami O Premik (Husband and the Lover) by Syed Mustafa Siraj. I knew I had to film it. Teenkahon was born out of that desire.

Gradually the thought of a single short film gave rise to three short films being put together in a triptych film. History had seen similar efforts in world cinema... the structure wasn’t new. Satyajit Ray’s Teen Konya (Three daughters), Hsiao-hsien Hou’s Three Times, Spirits of the Dead (Edgar Allen Poe’s stories being put together in one film by Fellini, Malle, Vadim), De Sica’s Yesterday, Today, Tomorrow which won the Oscar in 1965 – films like these have happened in world cinema time and again.

Mona agreed to be the producer and the ball had started rolling by the middle of 2012...

Then came Abhinandan. A college drop out, a multi faceted genius, a young impressionable mind of 19 – Abhinandan Banerjee was the man who made Teenkahon possible. He co wrote the screenplay, wrote dialogues with me, became my DA, casted for the film, discovered Barshan and Pratirup, became a wonderful bounce board and has single handedly supervised the post production of the film till date.

By the end of 2012 others had come on board as well – Avik Mukhopadhyay as the DOP, Malay Bhattacharya as Production Designer, Arnab Chakraborty as the music director, Bishwadeep Chatterjee as the sound designer, Arghyakamal Mitra as the editor.

Finally on the 1st of March 2013, principal photography started. Teenkahon that day gave birth to a filmmaker.

Teenkahon is an ambitious film that traverses hundred years of life in Bengal tracing the changes in social structures as well as human emotion over the years. Set in pre partition and post partition Bengal, each story is a vignette of the period it is set in and looks at the populist trends of the time. And each story is linked by the theme of obsessive relationships outside the purview of marriage. And as a director I have aimed to document social evolution in Bengal and at the same time celebrate each period in all its glory through this film.

The other interesting journey was through the ever changing Bengali language in the lives of Bengalis. The syntax of the Bengali language, the diminishing usage of the sanskritised form of Bengali, the prevalent colloquialism, the growing word pollution, the influence of the Queen’s English – each screenplay was a discovery through the language of the times.

Teenkahon is also my tribute to the 100 years of Indian filmmaking. Each film stays true to the filmmaking style of that period – I have tried to use the methods, techniques and tools available in that era. Each period has also been painstakingly restored in terms of props, costumes, make up and hair etc and these films have been shot and digitally manipulated to imitate color processes that were available in India during the periods in which each film is set.

I have also tried to play with the grammar of cinema. I, along with Avik my DOP and Arghyakamal my editor, set out in forming the grammar over the first two films – axis, movement, lighting techniques, composition, cuts – everywhere we followed the rules and the classicism of the language. Then – in the third one we have broken all possible norms without making them obvious to the eye. If people find the dualism and dichotomy that exist in this journey of two hours interesting, I would possibly feel elated as a filmmaker.”   Bauddhayan Mukherji, August 2014, Mumbai. 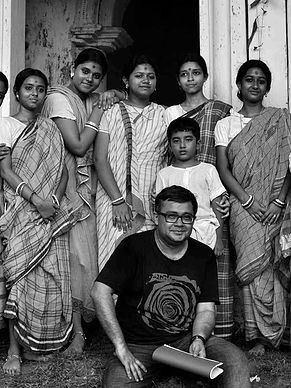